For almost two decades, Rose Thornton has traveled throughout the country, seeking and finding Sears Homes. In that time, she’s written countless newspaper and magazine articles, in addition to several books.

Rose is the author of The Houses That Sears Built (2002,) Finding the Houses That Sears Built (2004), and The Sears Homes of Illinois (2010). She’s the co-author of California’s Kit Homes (2004) and Montgomery Wards Mail-Order Homes (2010). Rose has also contributed chapters to three books, including Hampton’s Old Wythe, which was published in November 2014.  Her newest book, Penniman; Virginia’s Own Ghost City, was published in June 2017, and the first printing has sold out.

Rose has traveled to 24 states to give 200 lectures on Sears Homes, from Bungalow Heaven in Los Angeles to The Smithsonian in Washington, DC. She has addressed a wide variety of audiences from architectural preservationists in Boston, St. Louis and Chicago to kit home enthusiasts in small towns across America.

Rose has appeared on PBS (History Detectives), A&E (Biography), CBS (Sunday Morning News), MSNBC and her book was featured in its own category on Jeopardy. She is considered the country’s #1 authority on kit homes. Her work has been featured in the Wall Street Journal, New York Times, Christian Science Monitor, Washington Post, L. A. Times, Dallas Morning News, USA TODAY, Old House Journal, American Bungalow, Blue Ridge Country and about 100 other publications.

Three times in the last several years, the story of her unique career was picked up by the AP and in May 2009, she was interviewed on BBC Radio. In February 2014, Rose was featured on NPR’s All Things Considered.

Subsequent to the bankruptcy of Sears, Rose has been interviewed by too many newspapers and magazines to count. Most recently, she was featured here.

Sears Homes are not only Rose’s vocation, but her passion. Rose is also active in Amateur Radio, and in March 2013, upgraded from General to Extra! 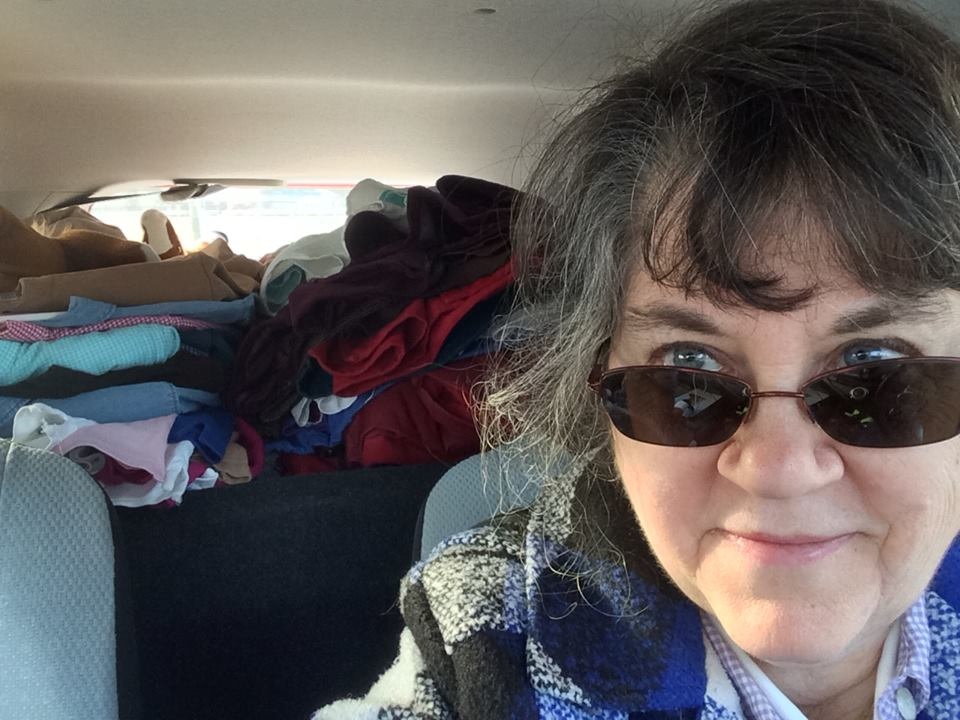 A "selfie" taken at a Virginia rest stop (February 27, 2019), as I head west to start my new life. In September 2018, I was given a second chance at life, subsequent to a near-death experience. For more than 10 minutes, I had no vital signs. In heaven, I was told that I needed to go back and I was not pleased. Heaven was so beautiful and peaceful, that I had no interest in returning to this experience on earth. When I "returned to life" at the ER, the medical staff was surprised that I had not suffered any cognitive decline or permanent damage. Those ten minutes in heaven could have been ten days, and God literally restored my soul. I am a "new woman in Christ" and nothing will ever be the same.